Tapas Up For Some Cooking Tips

Located on Little Portland Street, a stone’s throw away from Oxford Circus Station, the Cookery School offers a great opportunity to step out of the busy streets and step into an internationally themed menu of your choice! (We chose Spanish Tapas...! Yum).

Upon arrival, we were immediately welcomed with a glass of fizz and nibbles before being briefed on the controlled chaos to come. We were quickly handed our aprons and split into groups of three to tackle the different courses. 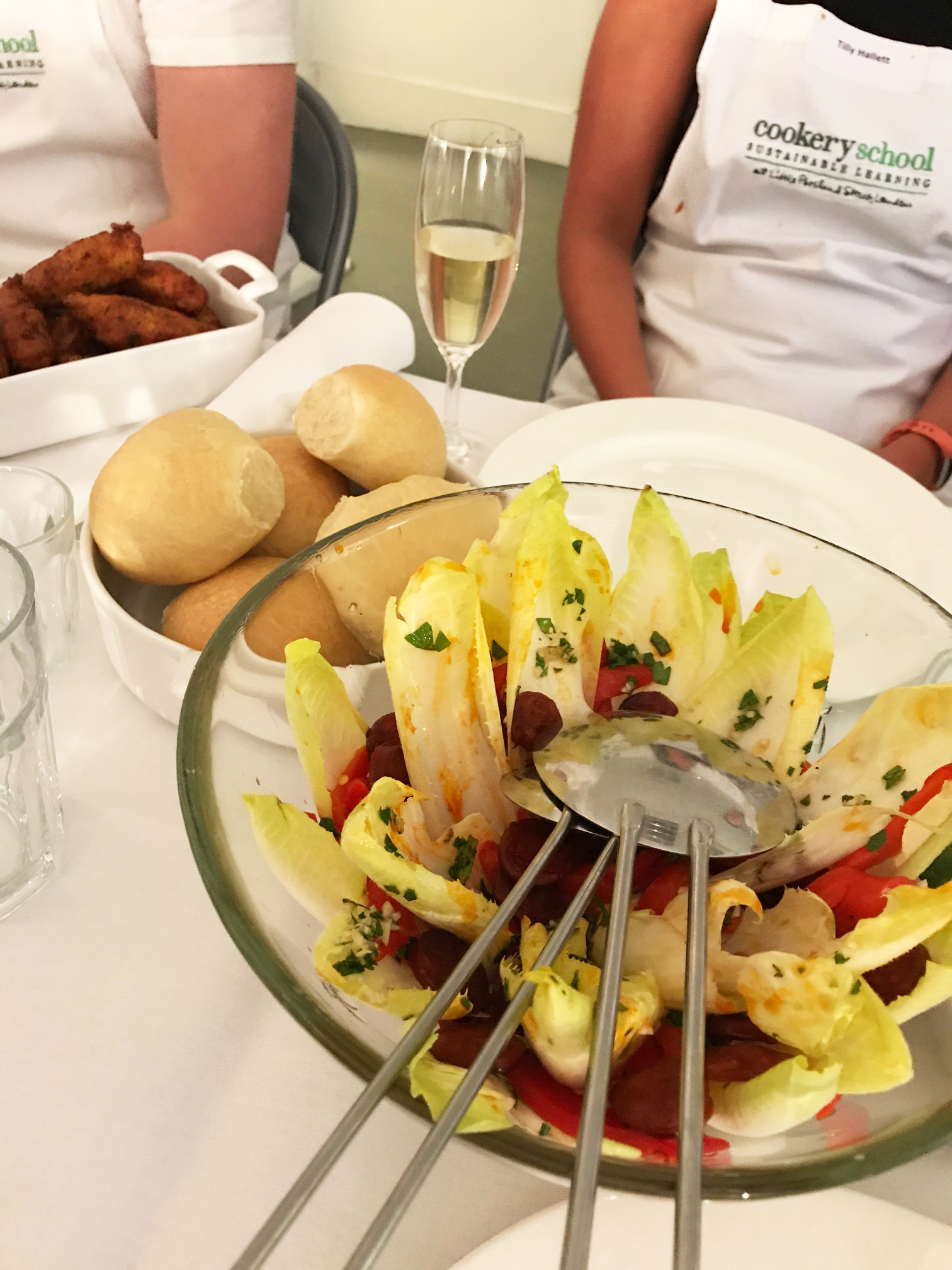 To start, our head chef Stefan set us the difficult task of kneading dough and dividing the batch into 12. After some excellent kneading, we ended up with a baker's dozen (Good job we’re not accountants). 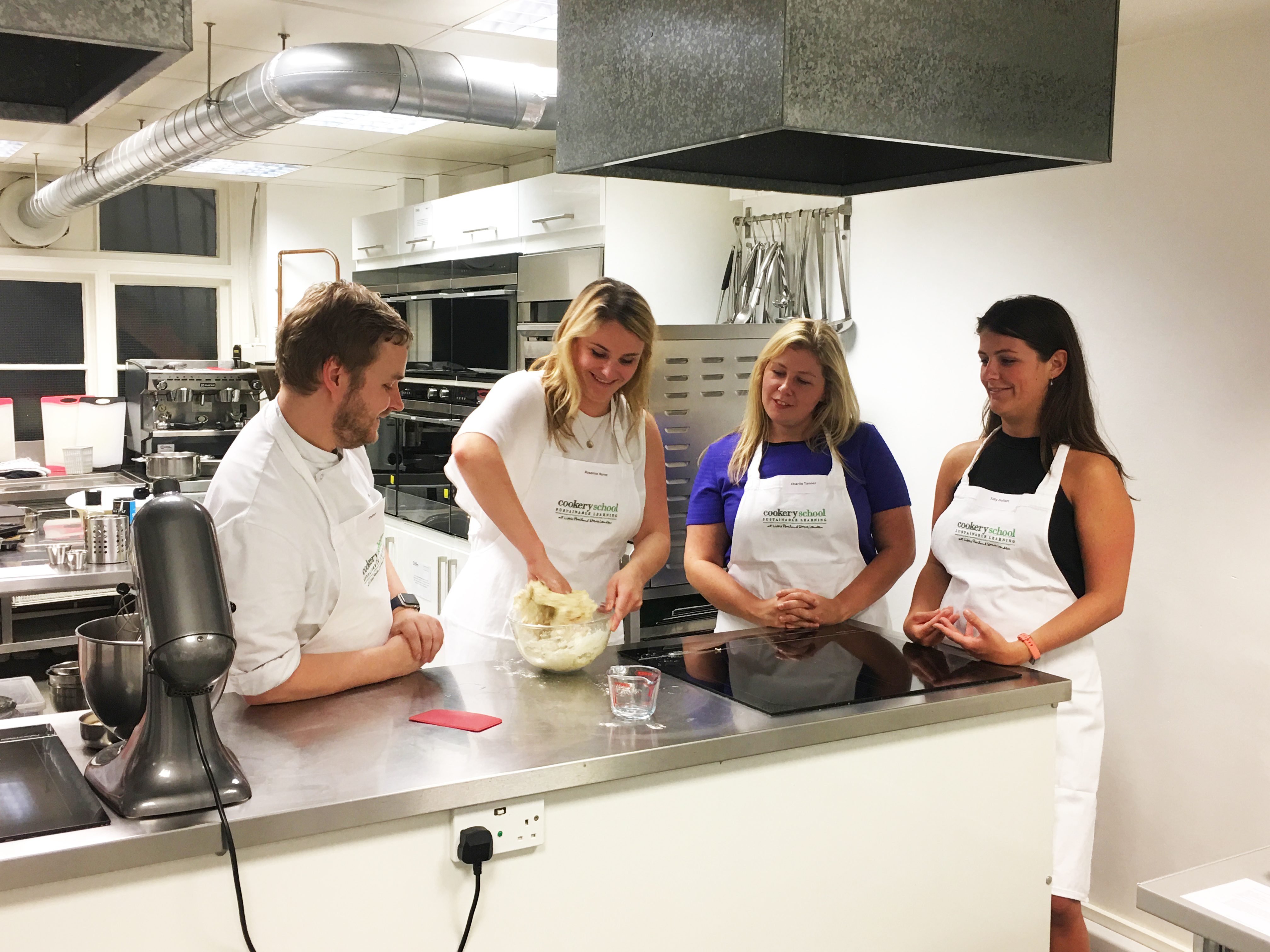 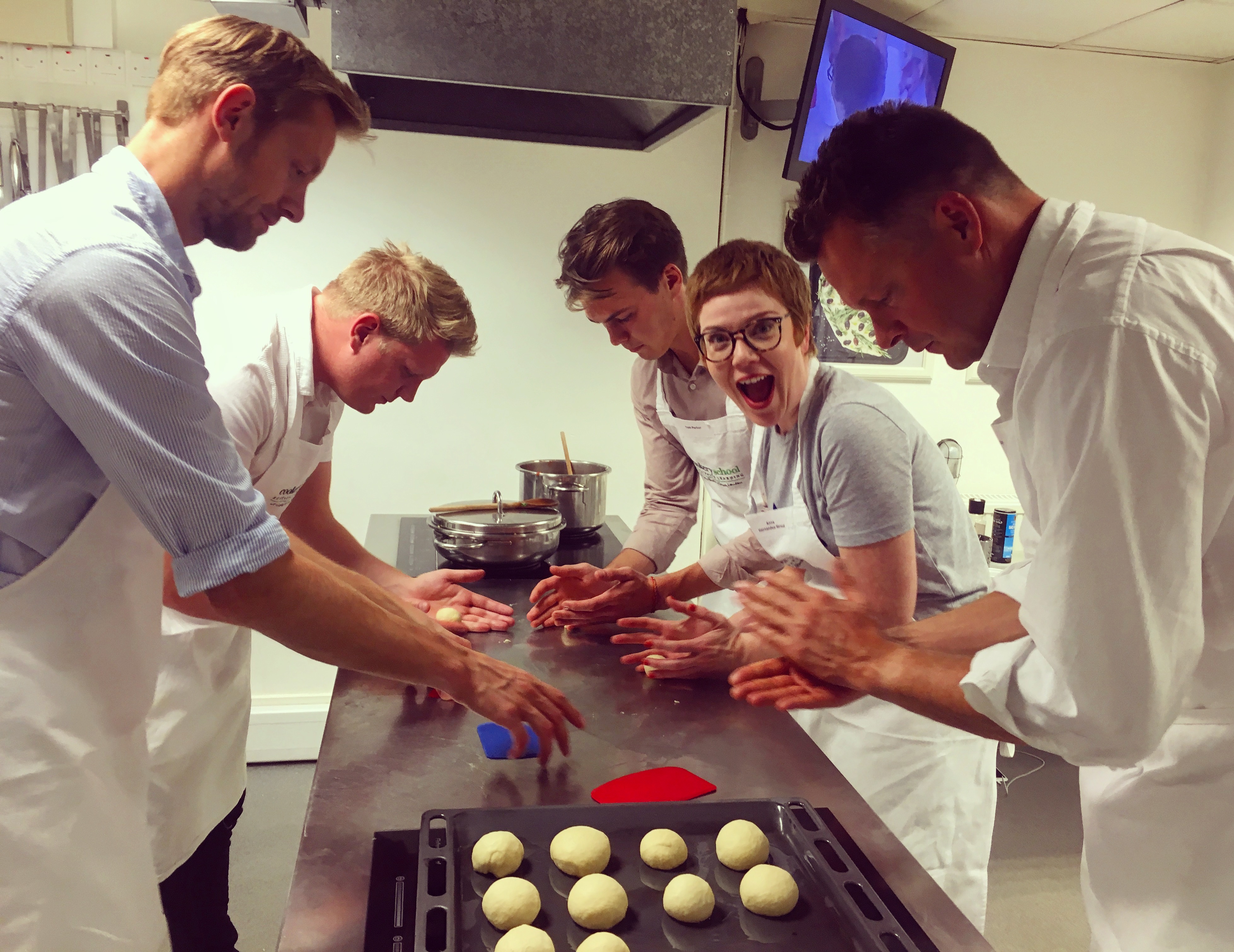 We were ready for the more complicated dishes. The team did a brilliant job of whipping up a chorizo salad, patatas bravas and gazpacho for the first course. 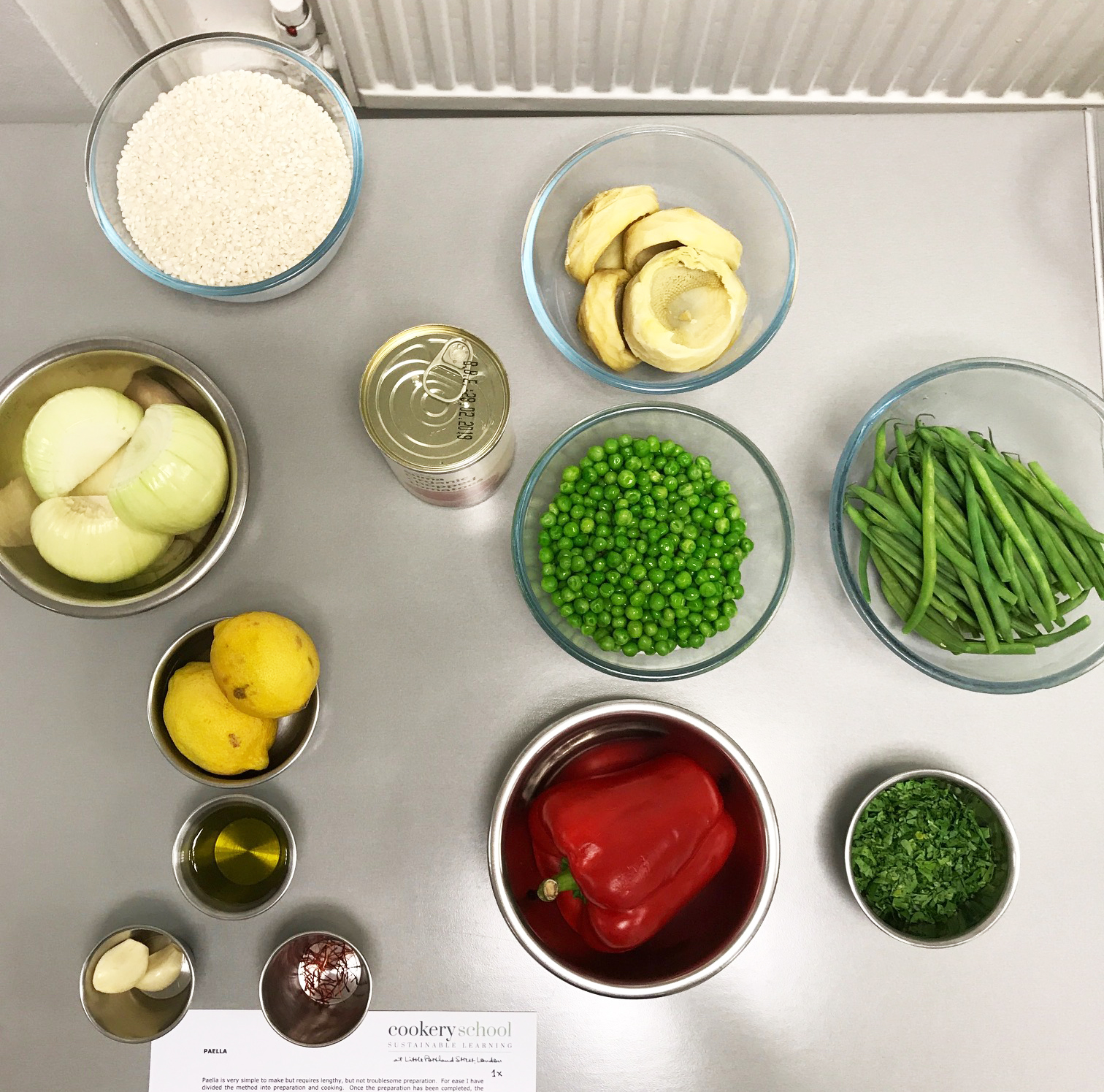 Amongst all the ‘baker’s dozen’ madness; James, Tom and Dan quietly began preparing the paella. After some questionable dicing skills, the beans, peppers, peas, onions, garlic, saffron, tomatoes, artichokes, parsley and Rhug organic chicken which had been bronzed expertly by Dan (which is ironic as he’s unable to do this to himself), were slowly added to the pan with the paella rice and left to bake. 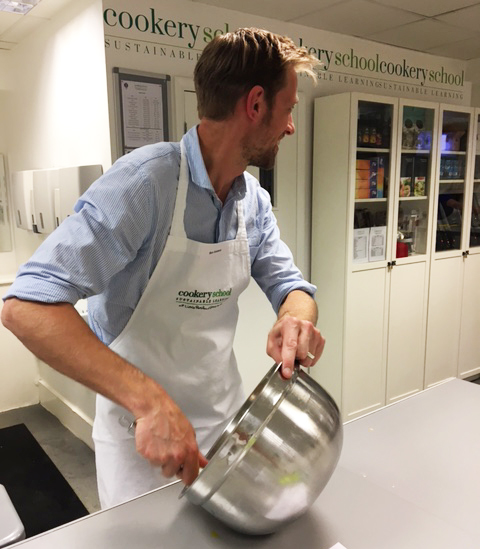 Meanwhile, in a calmer corner of the kitchen, there were some serious yolk and egg separating taking place. Ben, Vicky and Anna expertly split 12 eggs (including one double yoker…result!) to begin the foundations of their ice cream. Adding in a whole load of cream and two vanilla pods, the team bought their concoction to the boil and popped in the boozy raisins. An hour or so in a futuristic flash freezer and the ice cream was ready. Mr. Whippy eat your heart out.

After a couple hours of cooking away, we sat down and the kitchen was transformed into a restaurant-style setting with linen clad tables and dimmed lights.

After an incredible experience preparing the courses, we were served carefully matched organic wines, with the three courses as served by the Cookery School staff. 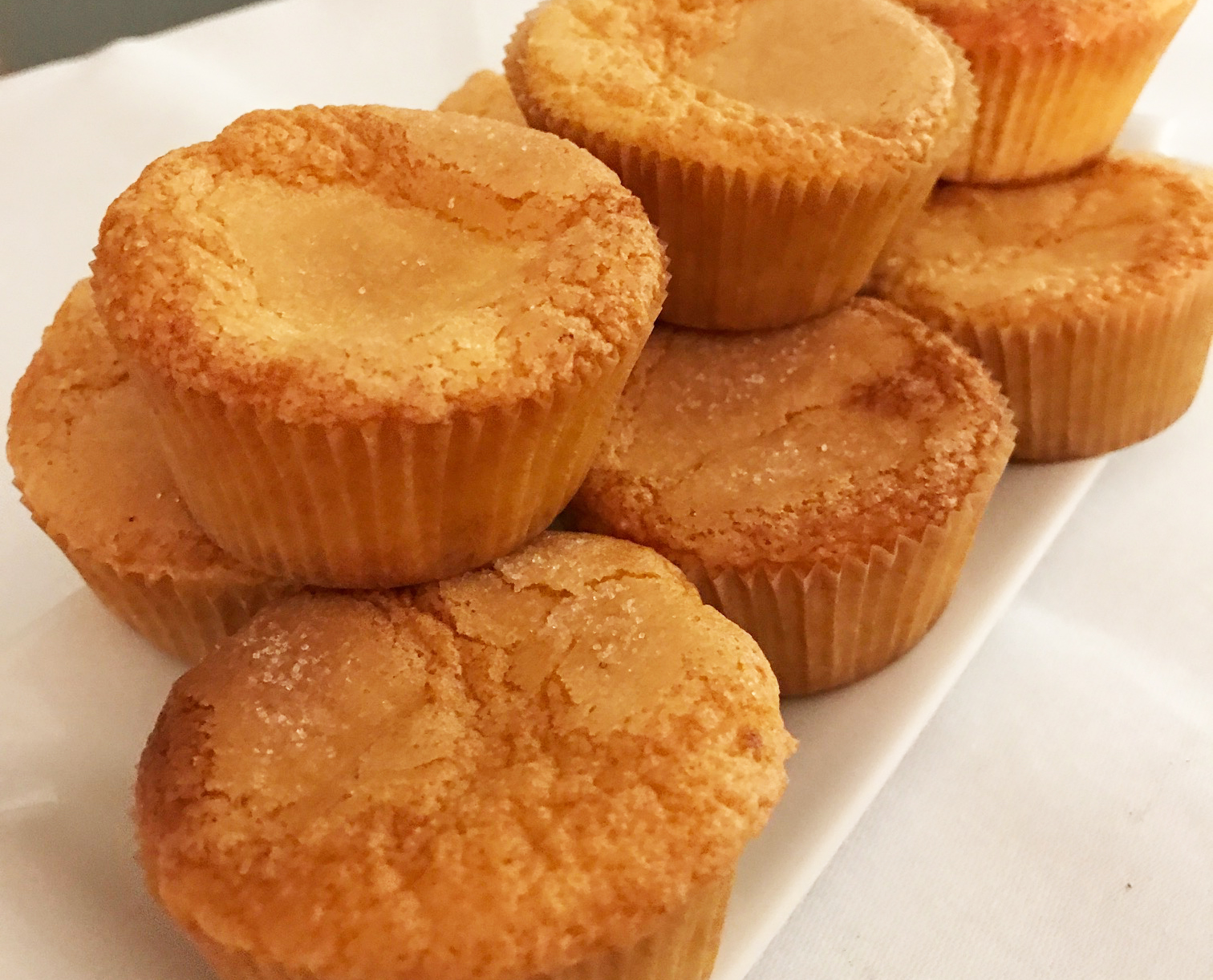 As if we weren’t full enough, we were served post-meal teas and coffees and petits fours. Once we managed to lift ourselves out of our seats, we each received Cookery School aprons and recipes and guides for all the dishes we had prepared.

The Cookery School offers various team-building and corporate events, perfect for getting stuck in together as a group and making a meal of things. We will definitely be returning to try a different themed menu. 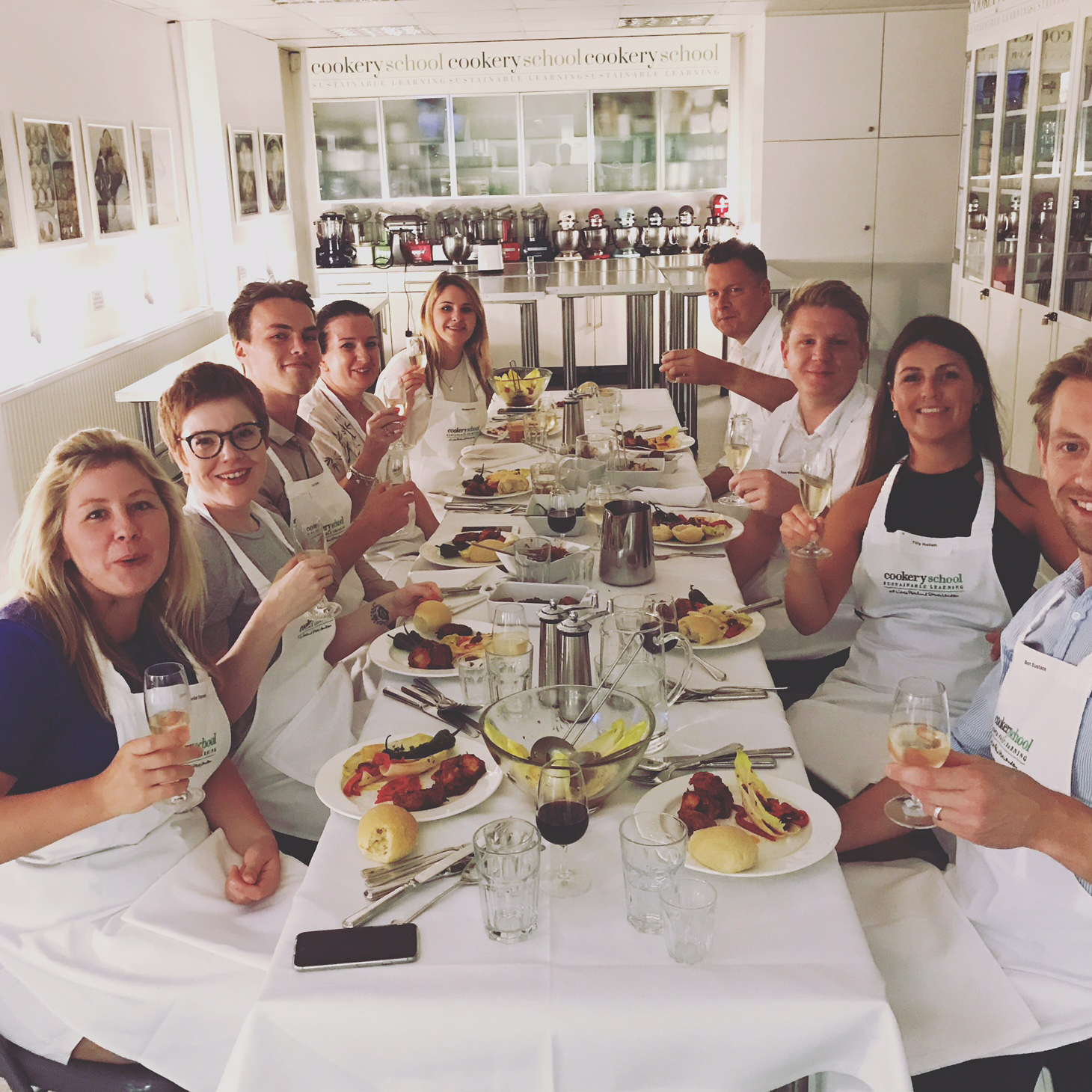 Looking for something different as a team building activity?